As the proportion of EVs on European streets increases, the flexibility reserve represented by the sum of their batteries when parked increases. This becomes very relevant for the functioning of the electricity systems.

GIREVE is conducting R&D work with various actors in the electricity sector, such as flexibility aggregators, TSOs, and DSOs in order to study the relevance and test the role of interoperability platforms to unlock the potential of EV charging flexibilities.

Among the use cases that GIREVE is studying and experimenting, two in particular contribute to the objectives of decarbonization of the electricity consumed.

The first use case aims to mobilise EV public charging flexibilities during national winter periods of peak consumption and thus avoid the use of highly emissive peak production plants. GIREVE's first projections estimate that, in winter 2035, in France, if an aggregator is able to control only 5% of the charging stations open to the public, a daily average of the order of 50 to 100 MW could be mobilised, i.e., equivalent to the production of a small combustion turbine used to pass the winter peaks, located in Paris region. Based on this observation, GIREVE, with the support of DREEV, is looking for partners to operate in real conditions a service that values the flexibilities of EV charging on the capacity market. 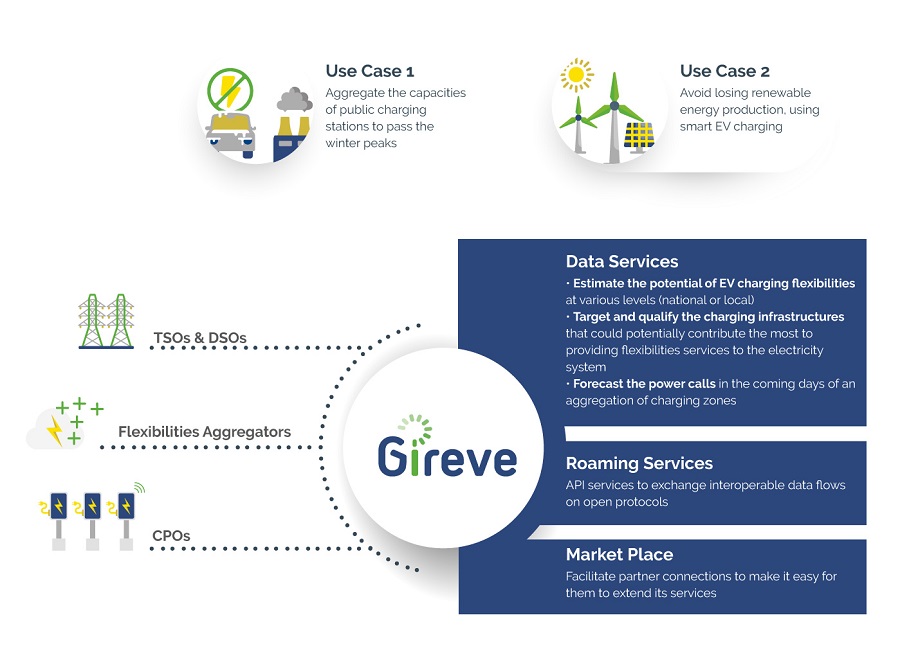 The second use case aims to increase the proportion of low-carbon energy consumed in our energy mix and avoid losing renewable energy produced during periods of low consumption. In such a use case, GIREVE mainly targets fleets and the charging infrastructure of tertiary buildings. One such use case is being tested in the framework of the aVEnir project; a project led by a consortium of 13 members (of which Gireve is a member), by ENEDIS (French DSO) and partly funded by the French public fund ADEME. In one of the tested scenarios, Enedis sends PV production forecasts at a Medium / Low Voltage substation level. A prototype solution is being developed and tested for the automatic activation and control of EV charging according to such a PV production signal and according to forecasted or near-real time local consumption.

What these two use cases have in common is that they involve multiple exchanges of data and services between CPOs, Aggregators, TSOs and DSOs. By aggregating data from numerous European charge point operators (roads, public car parks, shopping centres, tertiary buildings, fleets) and facilitating interactions between them and the various players, an interoperability hub such as GIREVE is becoming an indispensable player in unlocking the potential of EV charging flexibilities on a large scale. 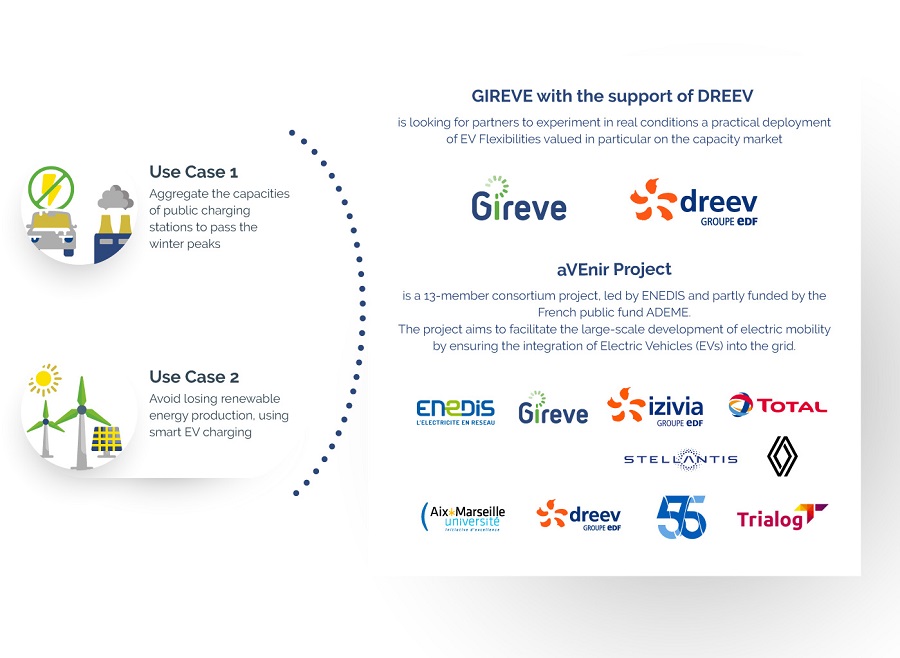